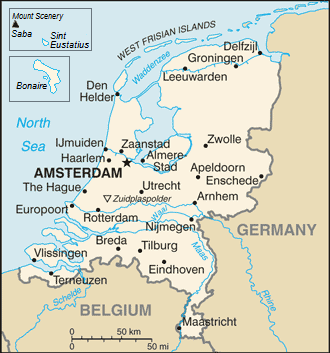 During the COVID-19 crisis in 2020, Sea Alarm developed a new version of the Dutch Oiled Seabird Plan, which is now out for consultation.Sea Alarm and Rijkswaterstaat, the Dutch Ministry of Infrastructure and Water Management, used the lockdown period in 2020 to discuss a complete makeover of the original response plan, which was agreed in 2009. Years of exercises resulted in several suggestions for improvements, and the Bow Jubail incident, where the plan was used, gave important insights for modification and extension. Version 2.0 of the plan was agreed by Rijkswaterstaat as the basis for a consultation with the envisaged partner organisations of the plan.

Important partners in the plan are the so-called Safety Regions, in which the rescue services (fire brigade, medical, police, civil protection) collaborate. The new plan assigns a coordinating role for the Safety Regions to coordinate wildlife search and collection activities. A series of webinars and discussions are now scheduled to review this new role with the eight Safety Regions within the geographical scope of the plan. In November, a field exercise will be held in Zeeland (South West Netherlands) to test, demonstrate and further explore the field operations of the plan, as well as related functions that are envisaged for adoption by the rescue services.

In parallel, Rijkswaterstaat has begun to discuss the new plan and described roles and responsibilities with various NGOs, including the nine avian rehabilitation centres that are part of the SON-Respons network. SON-Response is itself discussing its own envisaged role as the pivot organisation for coordinating NGO contributions in an emergency response and for managing the multi-year preparedness programme from 2022 onwards.

Copyright Sea Alarm
Back To Top
×